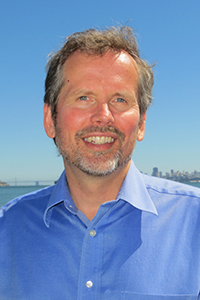 In 2012, Philip presented on the Summer of Peace at the first United Nations High Level Forum on the Culture of Peace.  That forum was opened by UN Secretary General Ban Ki Moon.  In 2013, the United Nations published an article about the Summer of Peace in its UNITY magazine in China – (edited version) Creating a New Narrative of Peace: From Inner Peace to International Peacebuilding.

Philip was the initiator and lead architect of the first virtual World Peace Library. Launched in 2014, the library includes interviews of over 350 peacebuilders representing over 15 sectors of society, including science, spirituality, education, business, military, etc….  Having conducted a majority of these interviews, Philip has a bird’s eye view of the larger peacebuilding trends emerging around the world.

Philip has dedicated most of his life to global and local peacebuilding initiatives, including 14 years with Search for Common Ground. He also served for four years as a Peace Corps Volunteer in Sierra Leone where he lived and worked in small remote bush villages. A published writer, Philip is author of God and Conflict: A Search for Peace in a Time of Crisis with a Foreword by Lama Surya Das.  He serves as adviser to The Global Peace Initiative of Women. A long-time meditation practitioner, Philip enjoys studying and teaching about the parallels between inner and outer peace.