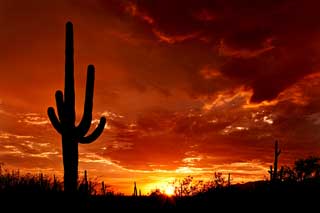 The next day Walks With A Dream was up early and back on the road as he drove around Rose Bud Indian Reservation to view the area.

The blue sky was filled with puffy clouds and one cloud looked like a snake, and the figure reminded him of a healing. He knew that if there was a place to go for healing it was a place where American Indians, many of them unarmed Lakota men, women, and children were massacred by the 7th Calvary in 1890 with newly acquired Hotchkiss guns in 1890.

Walks With A Dream didn’t know the full history of Wounded Knee and he didn’t remember it being taught in history studies while in high school, but he knew the American Indians of the Lakota Tribe wanted to dance their Ghost Dance after their treaties were broken by the United States Government. The massacre also happened around the time the Lakota land shrunk from the whole state of South Dakota to a mere distance that anyone could count in acres or parcels. Walks With A Dream knew the Ghost Dance was a circle dance and was believed to bring back the spirits of dead relatives and restore the world with a system that returns the peoples back to a matriarchal system where war is no more.

The site of the massacre was about fifty miles west of Rose Bud on the Pine Ridge Indian Reservation. And when Walks With A Dream arrived there, he stopped at an information stand that sold trinkets. A young man was tending the stand and the 12th and Walks With A Dream asked him some questions about the site of Wounded Knee.

The young man answered the questions while pointing out the places on the hill overlooking his information stand where the Hotchkiss guns were once positioned raining down bullets upon the unarmed Lakota Peoples. The young man then pointed to the gulley next to his stand where many innocent woman and children ran for cover during the massacre. The woman and children that ran for cover were then rounded up, captured, and brought back to the camp of the 7th Cavalry where they were executed by a single bullet to the head.

Looking down into the gully brought tears to the eyes of Walks With A Dream as he remembered the women and children of the Lakota huddled in fear. The young man behind the information stand then plumped a worn out binder on the information stand’s counter and began flipping through the pages filled with articles further describing the massacre. He flipped through the pages explaining the history of Wounded Knee until he reached the picture of Chief Big Foot, who had surrendered peaceably to the 7th Cavalry.

The picture was Chief Big Foot lying dead in the snow with a cloth covering wrapped around the top of his head. The cloth was used to hide the fact of the photo that Chief Big Foot was scalped by the 7th Cavalry after he had peaceably surrendered. The young man then began to discuss the history of scalping and said that it was started by the French. Walks With A Dream disagreed and told him he thought scalping was started by the English in which sterling was paid for scalps of murdered Indians. But they were both wrong as it was the Dutch Crown they first laid out bounties for the scalps of the American Indian Peoples.

The young man continued on about the site that they were standing on, Wounded Knee. He told the story of Lost Bird. Lost Bird was just a baby when Wounded Knee happened. A soldier found her bundled under her dead unarmed murdered mother who had been shot twice in the back. Lost Bird was then adopted by a man of the 7th Calvary where she suffered through the abuse of her adoptive father, a Coronial, in the Army at the time. She died at the age 29 of influenza on Valentine’s Day. Seventy years after her death, her remains were finally returned to the cemetery on the hill of Wounded Knee.

When the young man finished his presentation and closed his binder, Walks With A Dream, scanned the counter top of the information stand for a trinket. He bought two blue dream catchers. And with the dream catchers he drove to the top of the hill of Wounded Knee to the cemetery and memorial to mark the massacre. He placed on his regalia and with the dream catchers in his hand he walled towards the memorial. A middle aged couple were looking at the grave markers of the cemetery, as Walks With A Dream walked past them. And as his ankle bells rang out Walks With a Dream then politely asked the couple to excuse him and not to be alarmed that he came only to dance a dance for healing. They looked at him oddly as they walked away and he opened the metal gate to the memorial. Inside the fenced area of the memorial was a rectangular cement walkway as the parameter of the mass burial site.

What surprised Walks With A Dream the most is that a church with a cross on its steeple was still standing guard over the Spirits of the murdered Indians.

Walks With A Dream felt the Spirit of the Christian Church didn’t belong watching over the wounds of those that were killed by the soldiers that held Christian beliefs. As he walked around the rectangular walkway he began to think about the horrors of what organized patriarchal religions and politics and corporations have done not only to the people of the Lakota but of the world. He wondered how many of his own relatives were buried somewhere out there in some mass grave — there in Europe, Africa, Asia, Australia or here on American or Lakota soil. He wondered also if his ancestors ever participated in the gruesome crimes of genocide, and if they did, he thought that the insanity of patriarchal ways played a major role in it. The thoughts of personal relativity and how far can we really go back into tracing who we are to each other ended as he stopped and read the names on the memorial marker of Wounded Knee; Chief Big Foot, Mr. High Hawk, Mr. Shading Bear, Long Bull, White American, Black Coyote, Ghost Horse, Living Bear, Afraid Of Bear, Young Afraid Of Bear, Yellow Robe, Wounded Hand, Red Eagle, Pretty Hawk, Wm. Horn Cloud, Sherman Horn Cloud, Scatters Them, Red Fish, Swift Bird, He Crow, Little Water, and Strong Fox. After reading the names, he continued with his reason for being there as he cleared his mind and heart of any thoughts of anything other than Sacred Mystery. He then began to prayerfully dance around the rectangular walk with his ankle bells ringing to the dance. And after dancing only once around the rectangular walkway, he walked back to the metal gate and opened it. After walking out the fenced in area he then turned back around, and said to the Spirits present, “Thank you for allowing me to come here and dance with you for healing. I have not brought any remnant of any patriarchal religion of any empire that has shot you in your backs more than once. I have come only to dance a Ghost Dance the only way Sacred Mystery has wanted me too.” Before turning away he then reminded the Spirits that they are all free and welcome to come and dance with the Dancers at the Sun Dance on Elmer Running’s land. He then ended with a simple prayer into Sacred Mystery as he raised the dream catchers toward the sky.

“We are all related,”

Walks With A Dream said after the final prayer and then closed the metal gate behind him.

And for the Ceremony:

Submitted by Peter Deane to be read as part of the Ride and Ceremony for Healing Hearts at Wounded Kneed, Dec 29, 2015

One thought on “Walks With A Dream”